Really, they are! And so will you

The personal stories of founders Greyson Grimes and James Hamilton are frequently intertwined in their catalog of over 300 songs. They are a real working man’s band, with songs that real people can relate to because they themselves have been there.

The debut release “Me Now”, written by Greyson Grimes, (produced by Grammy Award-winning producer Mikal Blue (One Republic/Colbie Caillat/Five For Fighting, and Augustana) and Dean Dinning from Toad the Wet Sprocket) reflects on an inner conversation about ghosting a girl with whom he had a long-distance relationship. “The acknowledgment that I’d hurt someone, but I was so wounded myself.” He says that the song was too personal to share. “I didn’t play or perform it for a decade,” he affirms.

The theme of “Me Now” is artfully illustrated with a narrative video that presents the band performing against a skyscraper backdrop
of downtown Los Angeles, crosscut with a sobering narrative depicting a dreamlike overdose

Greyson Grimes, (Vocals and Rhythm Guitar), James Hamilton, (Lead Guitar and Backing Vocals), and Cole Walker (Drums) collectively know what it means to struggle and work hard for everything they have.

Grimes and Hamilton both share a hard, won sobriety. “We’re happy to be on this side of the dirt and create – and do the only thing we were ever supposed to do,” says Hamilton. Echoes Grimes, “I always struggled with the darkness of the world and the light. Our message is one of relatability, that you are not alone. People who come to our shows are people like us.”

Undoubtedly their fans, like themselves, are…happy to be here. 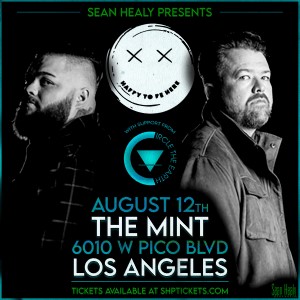 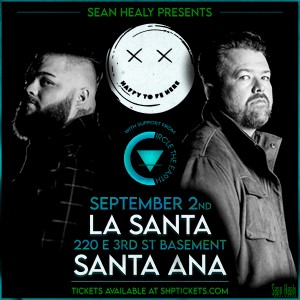