A journey in music that is just beginning

Pacific Northwest Singer-Songwriter Isabella Kay has a rich and diverse vocal range far beyond her youthful age of 16. She is a force of nature and comes bursting onto the scene with her mature, robust and influential vocals. Her pop debut single “Under Your Skin” released March 2021, offers an upbeat, dance driven vibe.

Her inspirations are Katy Perry, Adele, Lady Gaga and Taylor Swift. She’s drawn to their artistry and way they express themselves through music.

“Creating songs with meaning is freeing, sharing feeling through a song sometimes is an easier way of expression”

03/2022 – A new single from this captivating teen artist with her expressive voice and luminous charisma,  Isablella Kay introduces her beguiling new single “Shy”. 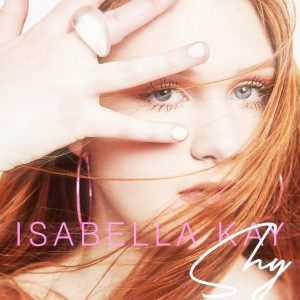 The self-penned lyrics communicate her truth, and the message she share can be equally applicable for her young listeners. “I have had people assume when they first meet me that my shyness means I’m not as friendly,” she says. “Someone who is more reserved can be completely misunderstood.” She is certainly no shy on stage.

“Shy” is a pledge from a one woman with an eloquent point of view, a positive spirit, and a sparkling musical magnetism. There is the promise of secrets soon to be revealed, in the artistry of Isabella Kay.

17-year-old singer/songwriter Isabella Kay’s pop debut single “Under Your Skin” was released in March of 2021 and was featured on SweetyHigh’s Woman Crush Wednesday #WCW. With many musical influences along the way, some of which are Lady Gaga, Adele, Katy Perry, and Alicia Keys to name a few, Isabella Kay’s music offers real-life, heartfelt, relatable experiences.

Born in Renton, Washington, just outside of Seattle she started singing and performing on stage at the age of 10 years old. She competed in several singing competitions and gained a following through her ability to connect with her listeners’ emotions. Isabella says “I feel most comfortable on stage, that’s my safe place, where I can express myself”.

“Creating songs with meaning is freeing, sharing feelings through a song is sometimes an easier way of expressing myself”

Isabella has been working alongside musician/producer, Jimmy McGorman. He is an American musician, songwriter/producer, and is a multi-instrumentalist: guitarist, keyboardist, vocalist, and drummer. He has worked with the Goo Goo Dolls, Avril Lavigne and Gwen Stefani, and Cher to name a few. Isabella says this about Jimmy, “I really look up to him, he’s such a great mentor, he’s been an amazing support system to me on my musical journey”.

Isabella has gone on to release four other singles, “Reset”, “Times Like These”, “Closed for the Summer” and Light”.

VIDEOS
SHY TIMES LIKE THESE RESET UNDER YOUR SKIN
EVENTS